Hello There! In my little shop, I hope you find the treasure you have been searching for. If you are interested in peeking at new items not yet listed...follow me on Instagram @Adjanidesigns. Thanks! 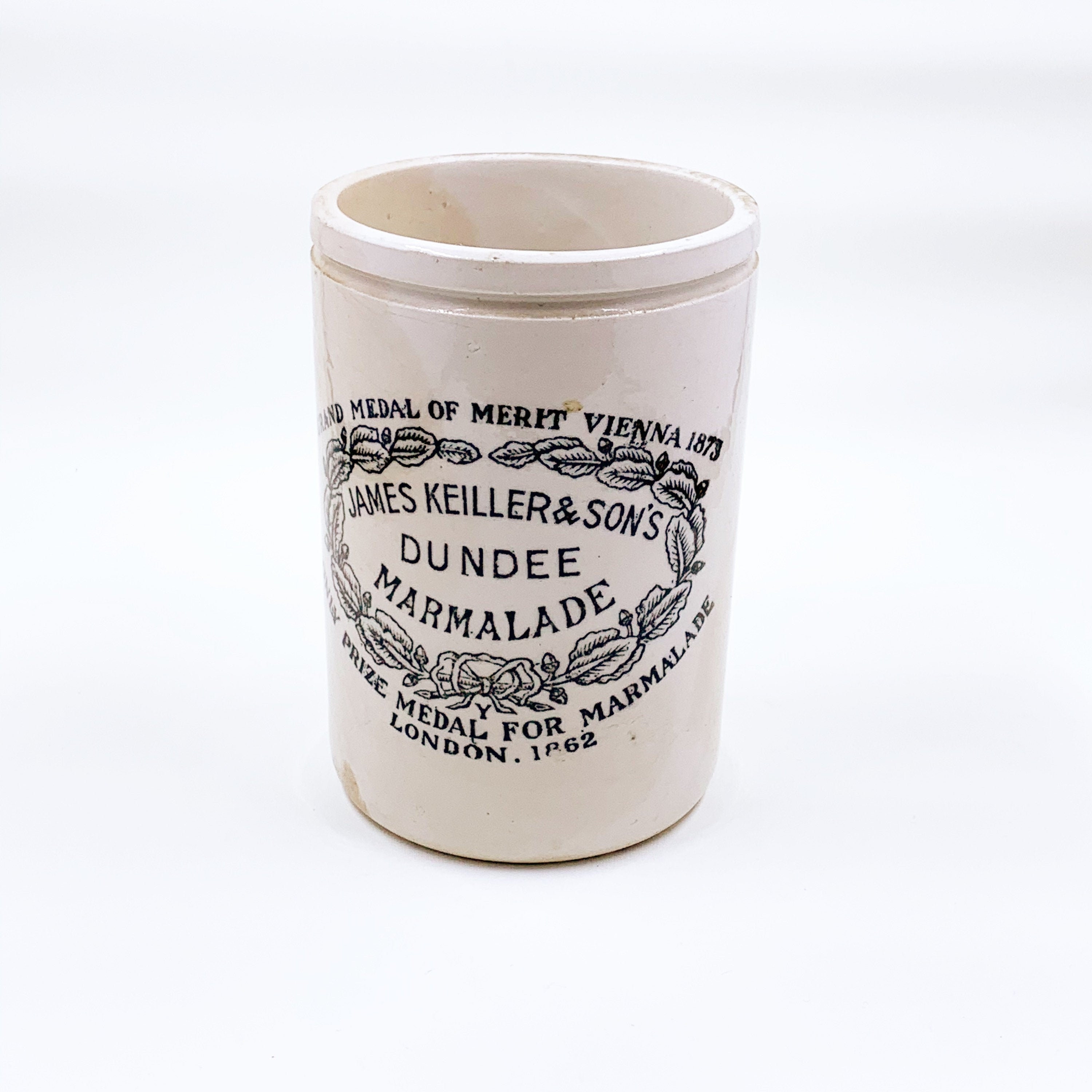 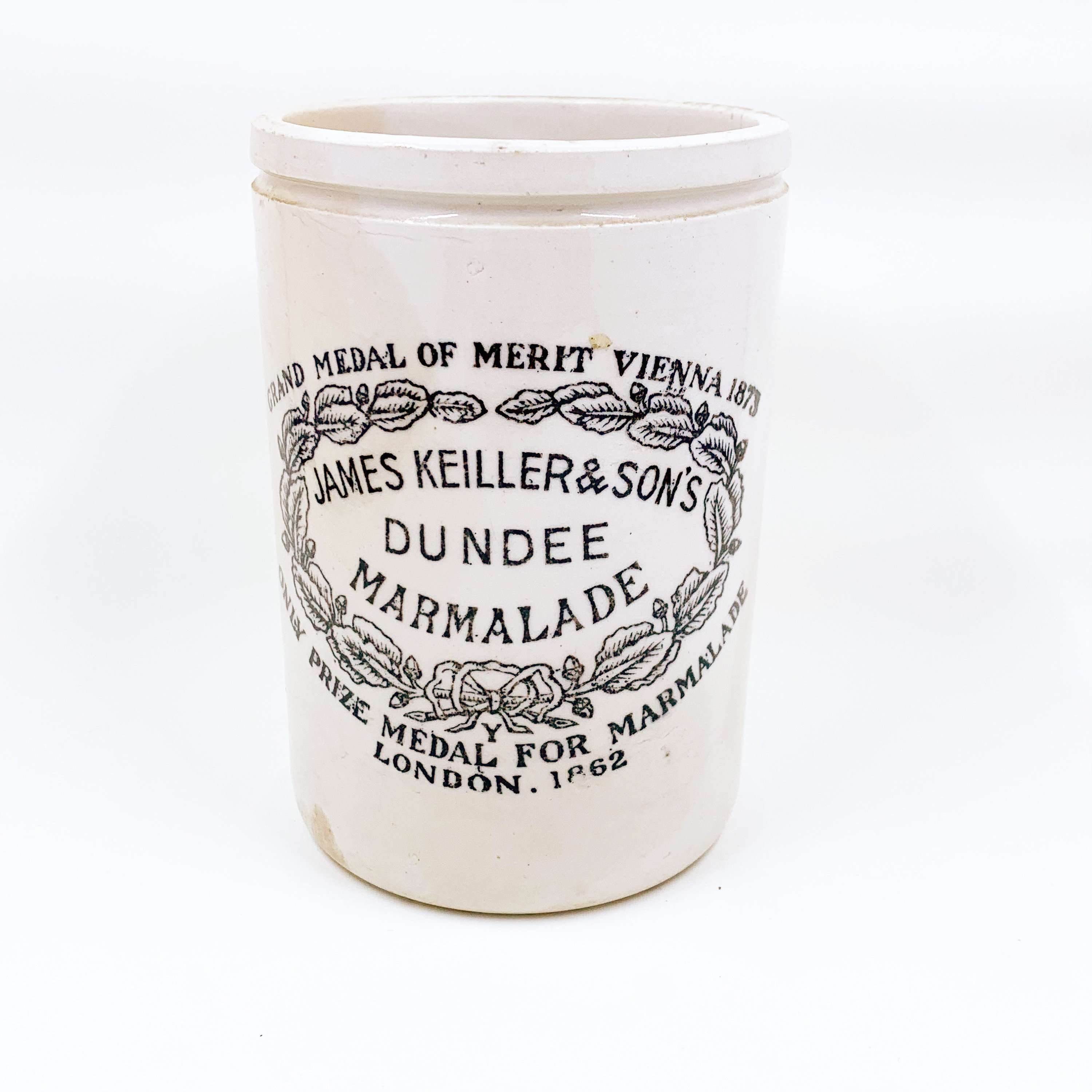 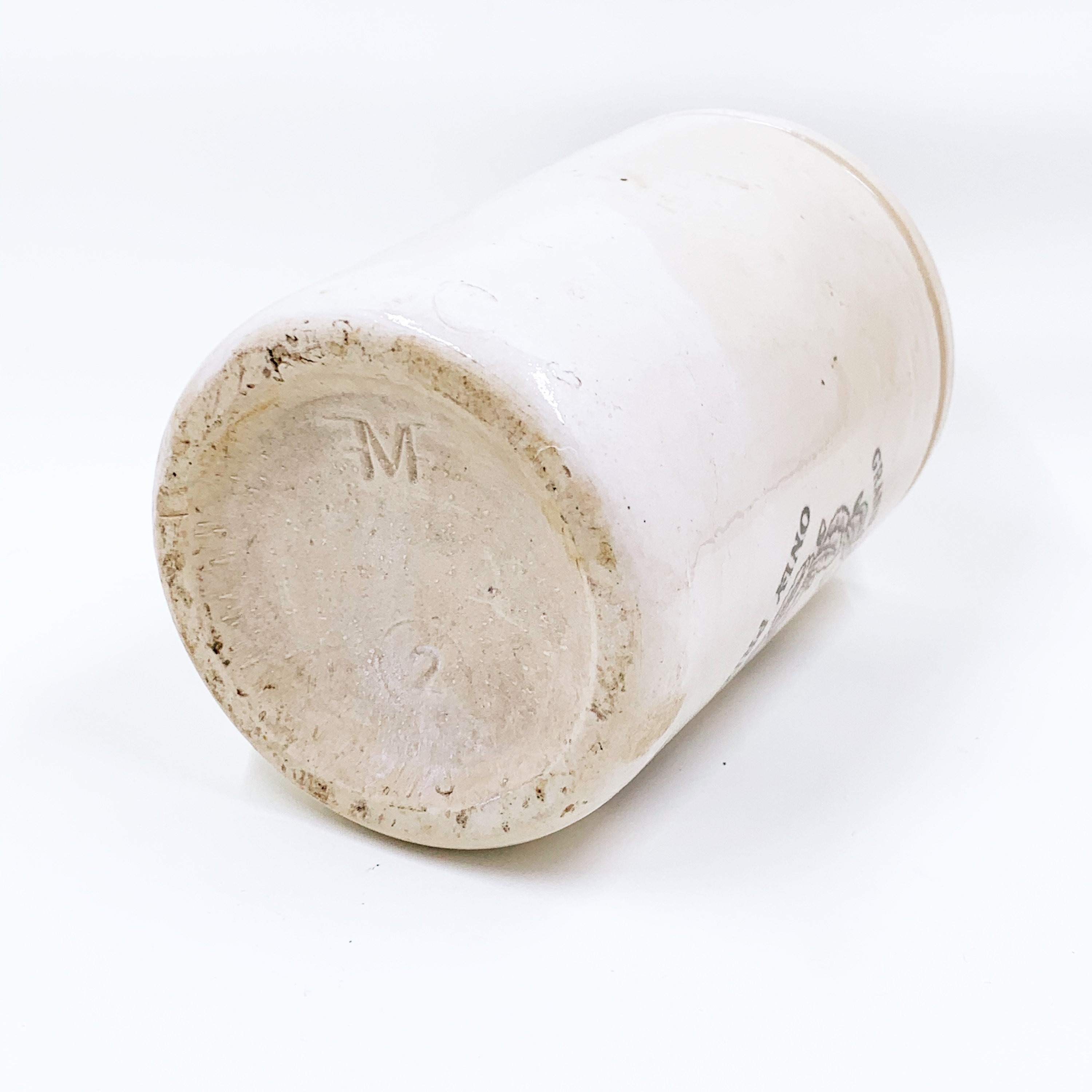 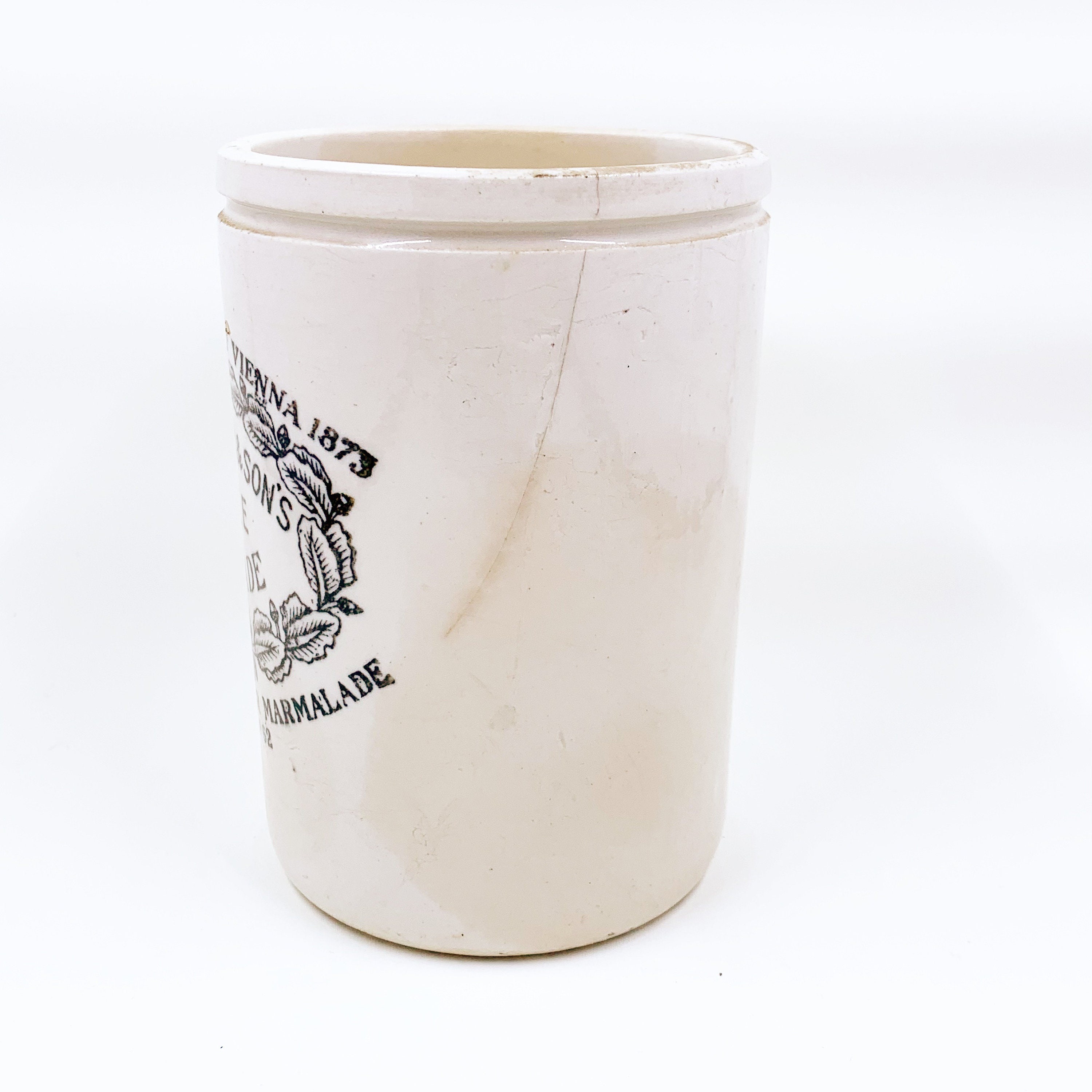 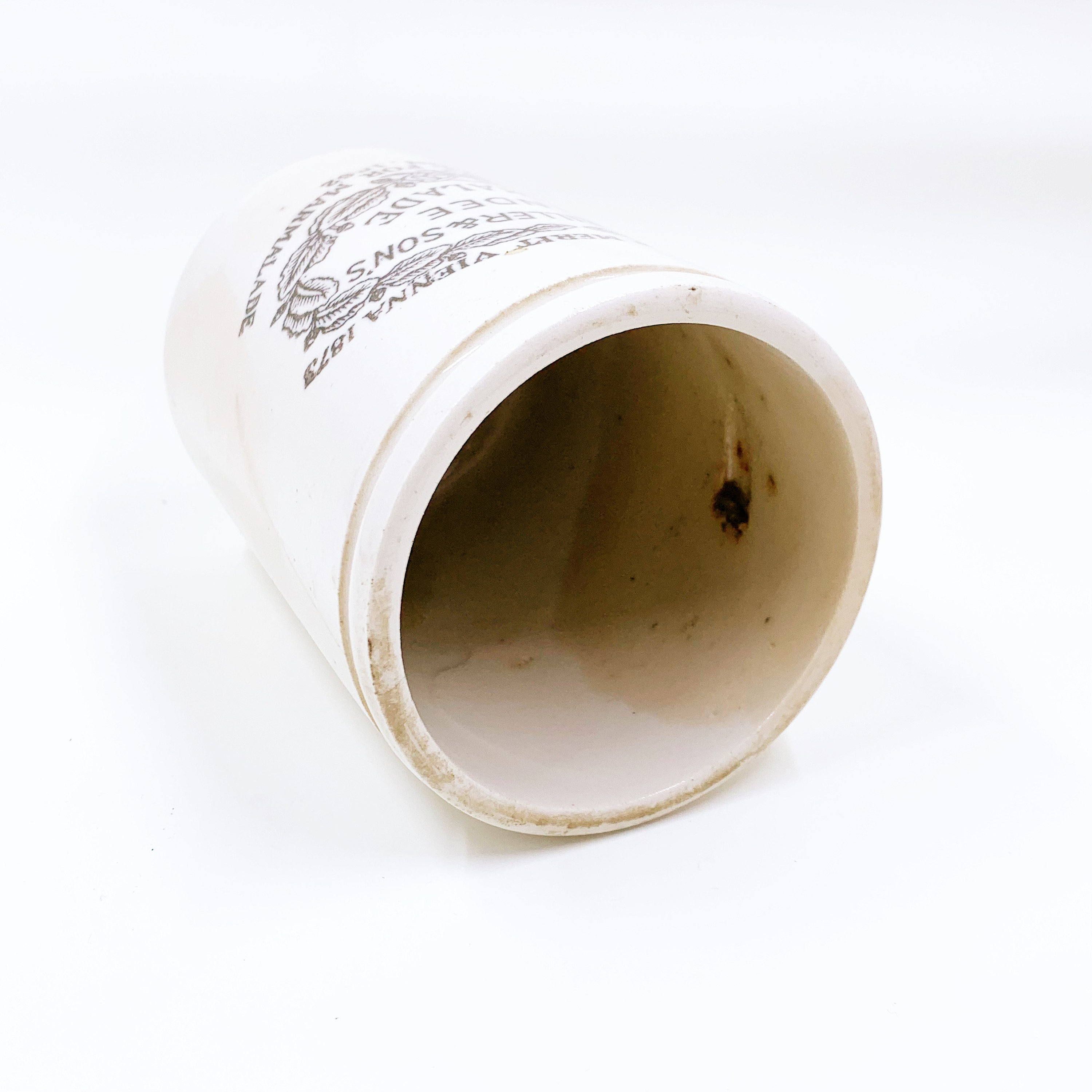 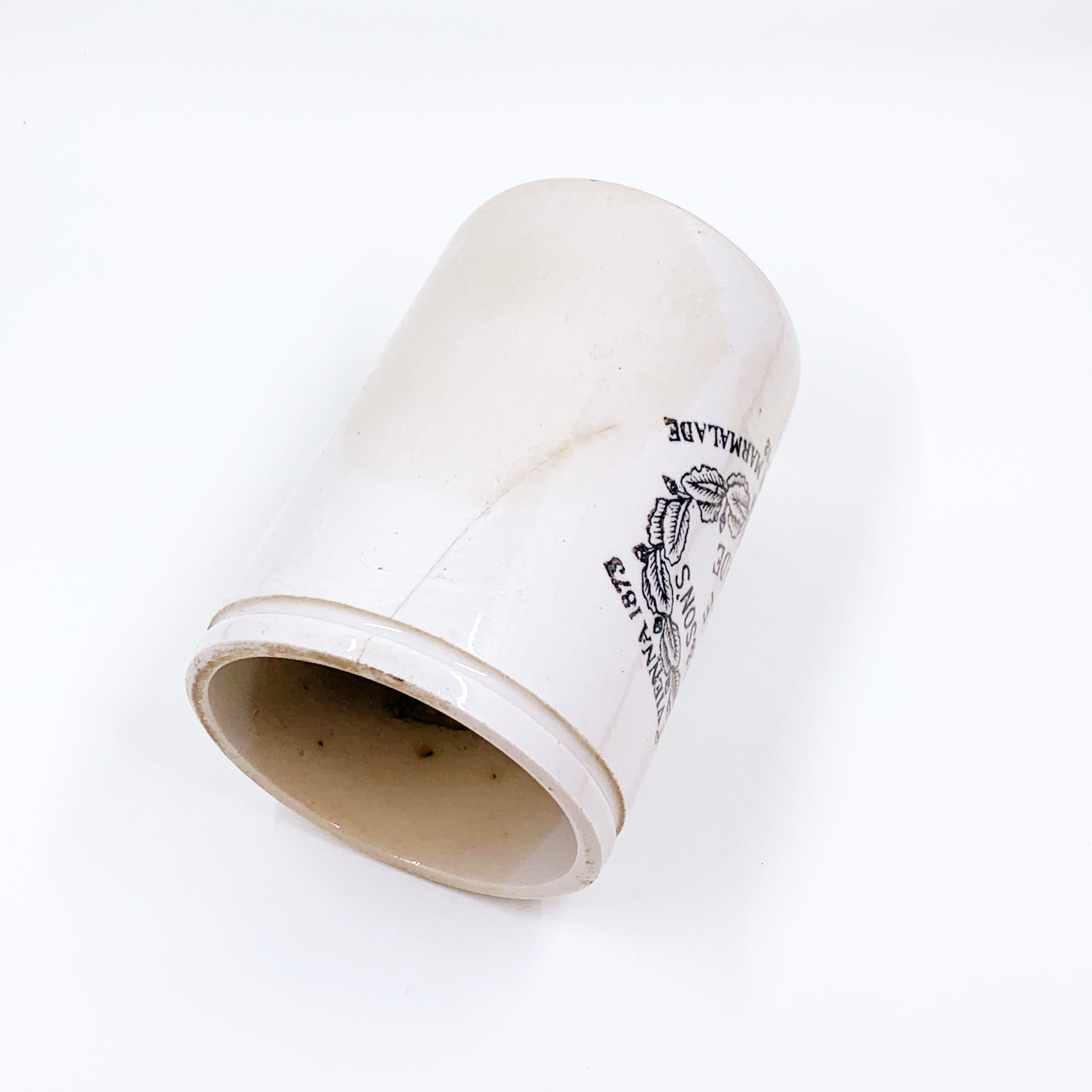 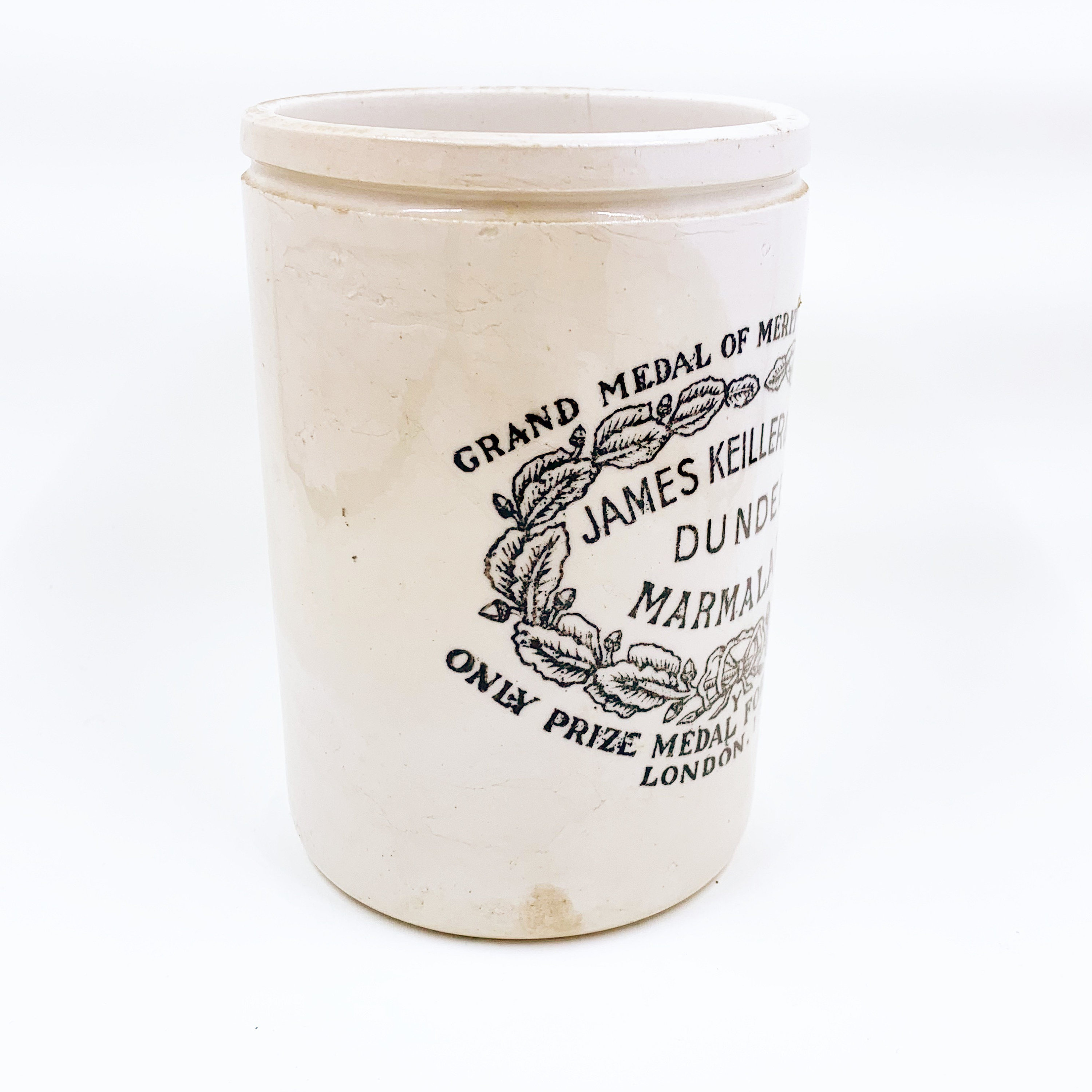 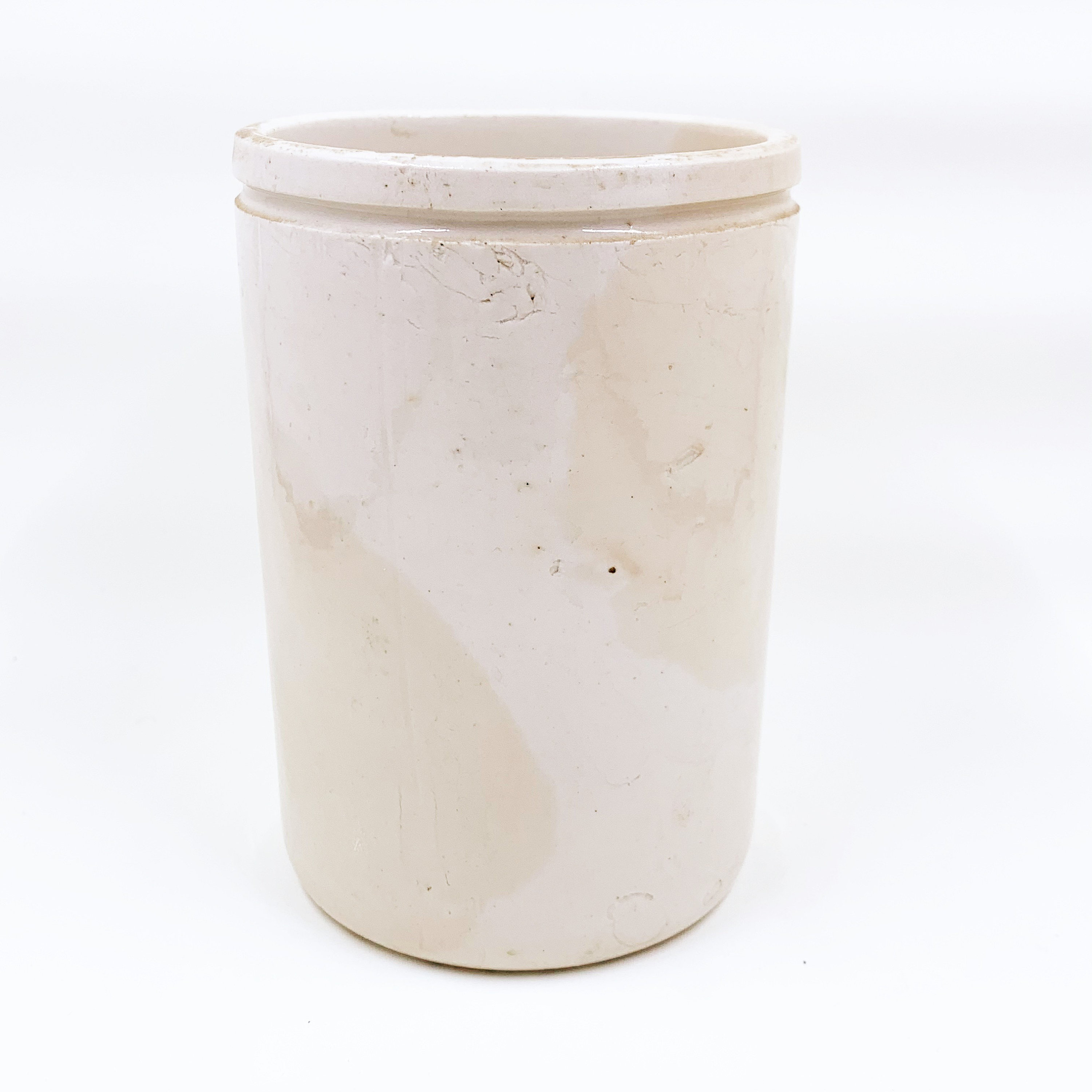 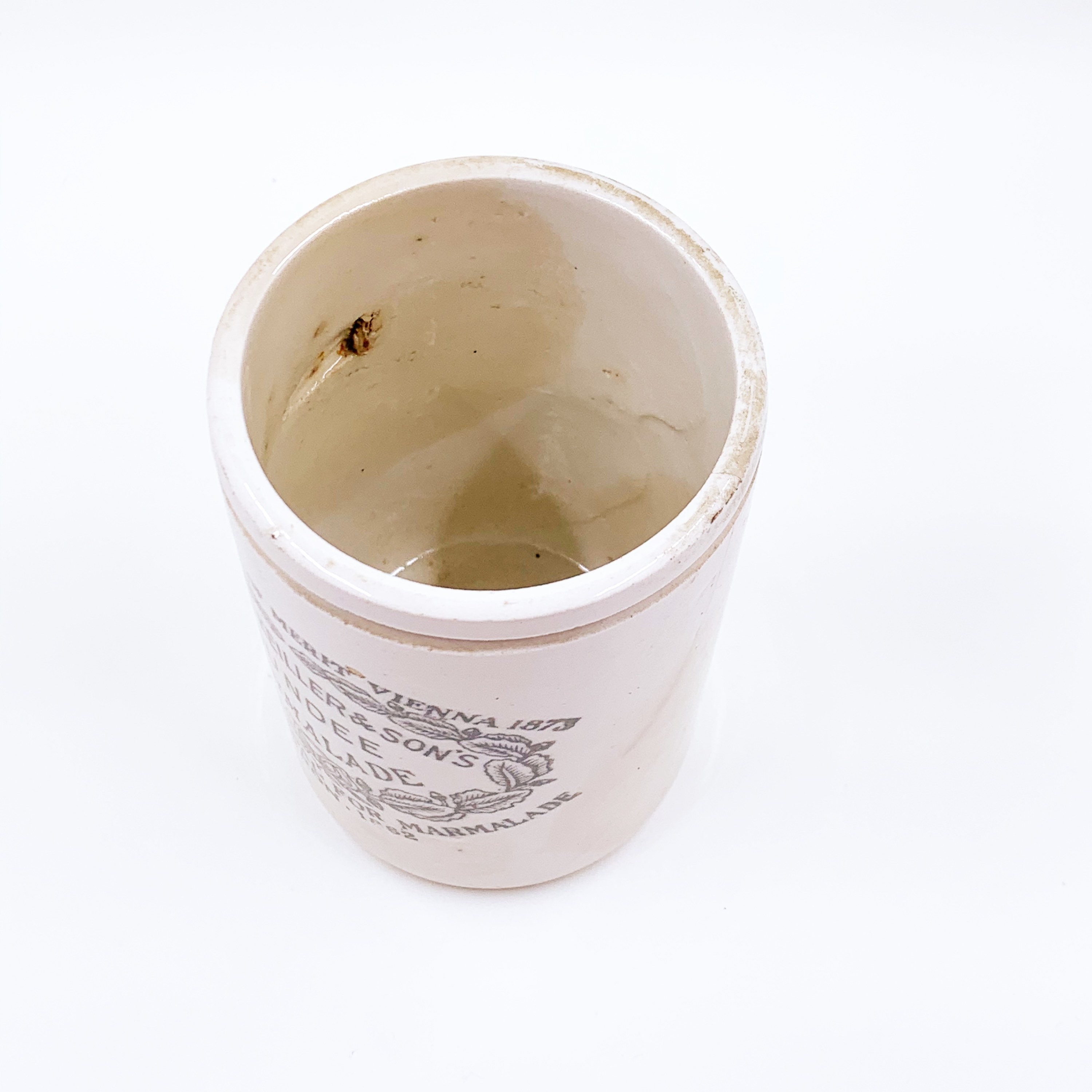 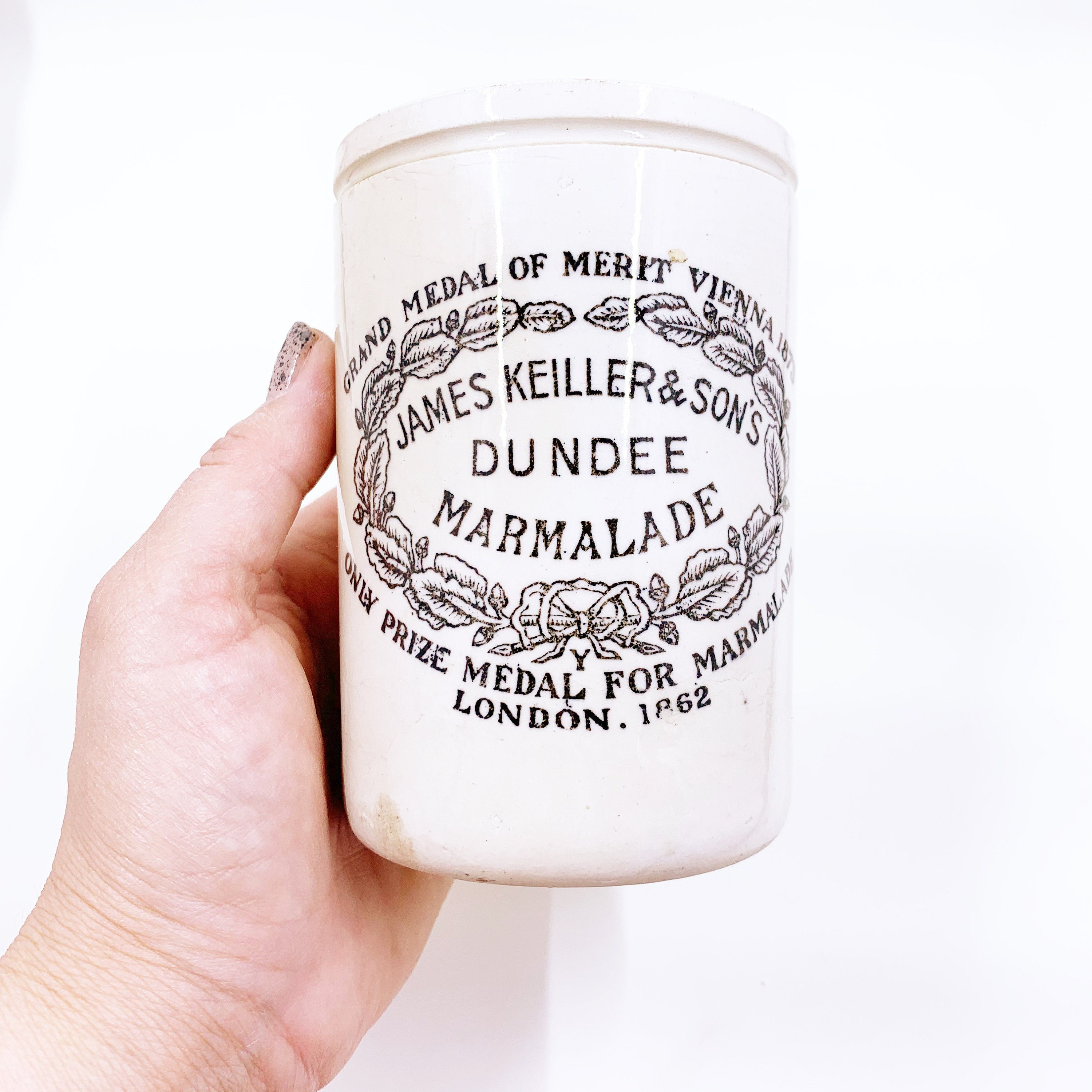 Measurements: 4 1/2 inches tall and the mouth is about 3 inches across and 9 6/8 inches around the whole pot.

Condition: the jar has some dark discoloration and a crack that seems to have glaze covering it, there are some additional unique characteristics due to glazing/firing/throwing.

~Here is some information I found online about James Keiller & Son DUNDEE Marmalade:~
"Est. 1797. Legend has it that in the 18th century a Spanish ship took refuge from a raging storm in the sheltered harbour of Dundee. Its cargo included Seville oranges which were purchased on speculation by a Dundee grocer called James Keiller. It was Mrs. Keiller who saw the potential of these bitter Spanish oranges. She boiled the oranges with sugar and the resulting product was the delicious preserve now known as Dundee Orange Marmalade. Although her recipe has changed a little since the 18th century, the traditions of using the finest ingredients are still used to this day and the distinctive white pot is known worldwide as the Keiller symbol of quality. No preservatives. No added color. Made in England. "

This is crock jar/pot can be used as a storage jar like it was originally used or can be "upcycled" into a vase, pen/pencil holder, or in the kitchen to hold utensils. Use your imagination and the possibilities for its reuse are endless:)

💕Don't miss out on more treasures....see ALL the items in my shop: https://www.etsy.com/shop/adjanidesigns 💕

I'll do my best to meet these shipping estimates, but can't guarantee them. Actual delivery time will depend on the shipping method you choose.

Ship items back to me within: 7 days of delivery

I don't accept exchanges or cancellations

But please contact me if you have any problems with your order.

Interested in putting a jewelry piece away for a later payment day or would prefer to break it up into several payments? Have a photo shoot you would like to borrow a jewelry piece or collectible for? Please contact me before purchase to make arrangements. I am always willing to work with buyers for terms we can both be happy with.

Have an issue/unhappy with purchase?

Contact me please. I keep an open line of communication and believe most things can be resolved if we just talk to each other. I try my best to identify and accurately describe my items but I am not perfect. If I made a mistake in my listing or an item was not as described, please let me know (kindly). I will make every effort to resolve the issue with you.

I always package your items carefully in a padded bubble mailer or box. I also include a gift box and/or a jewelry bag depending on the item size and availability of my packing stock. I am willing to include a note or other detail on your purchase order if needed. Need A Happy Birthday Note, Graduation Congratulations mention? It is my pleasure, just ask.

Want to open your own shop?

0 items in your cart